The McBeast gets a full segment on ESPN Sports Center, complete with Shakespeare quotes from the play McBeth. An unbelievable performance and perhaps the greatest round ever played? You decide.
Posted by T. T. Douglas at 8:37 AM 1 comment: 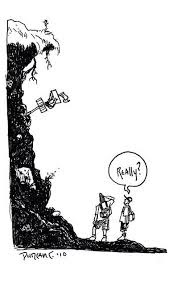 The work of a really twisted course designer's mind.
Posted by T. T. Douglas at 8:37 AM No comments:

Well, he did hoist a trophy. 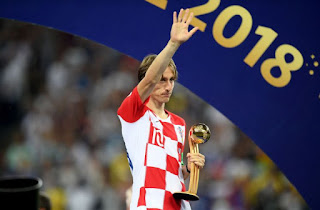 Just not the one he really wanted. Luka Modric won the Golden Ball at the 2018 World Cup as Croatia succumbed to an excellent French team 4-2 in the final.

It was a good game, although not without controversy after some dubious calls by the referee. That's futbol though and in the end France's talent shone through to show that they were indeed worthy of being in the finals and winning the title.

The captain of the gritty Croatian team, which captured the world's hearts and minds, took home the award of the best player at the 2018 World Cup, and deservedly so in my view. It was a great tournament and for a small nation, being second on the world stage is no small thing. Congratulations to all the teams that qualified and congratulations to France and Croatia for being number 1 and 2 in the world respectively. Also, my pick to take the whole thing (Belgium) came in third, their best showing ever on the World Cup stage. Congratulations to them as well. It was a great month of viewing for futbol fans all around the world. Now we have to wait another four years. Darn!
Posted by T. T. Douglas at 8:46 AM No comments:

Well, my pick is out: Go Croatia! 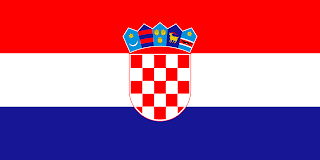 Well, now that my pick, Belgium, is out and will be playing England in the third place game it is time to change allegiances. I am wholeheartedly rooting for Croatia, a tiny nation in their first ever world cup final. Who better deserves to hoist the trophy than Luka Modric, the 32 year old diminutive midfielder and captain who has the heart of a lion and the legs of a Tour de France cyclist.

What a journey for this team to make it this far. Three extra time victories in the knockout stage. Unheard of. Although they will be facing a rested French team and they will have very tired legs my heart will be with them and every single Croatian fan. Go Croatia, the underdogs and darlings of the tournament!

My pick to take it all is still alive in the tournament. They face the mighty France tomorrow at 2:00 pm Eastern time. Now it gets really tough and it's anyone's tournament to win or lose with only four teams left. The good news is that they are only one win away from going to the final. We will see!
Posted by T. T. Douglas at 9:51 AM No comments:

The Evolution of Music


One of my favorite a cappella groups, Pentatonix, takes us from the 11th century through 2010 in four minutes. Lsten, marvel and enjoy.
Posted by T. T. Douglas at 1:55 PM No comments:

On to the quarterfinals...

Wow! What a game versus Japan. The Japanese played a fantastic game and the Belgians responded just in the nick of time. This game may have been the best thing that could have happened to Belgium so far.

Martinez made the right calls with his substitutions and this trap game may have been just what the doctor ordered before the herculean task of meeting Brazil this Friday arises. It's win or go home again and the stakes just keep getting higher. I can't wait.
Posted by T. T. Douglas at 12:55 PM No comments: