A tub with no bottom
blowing around
in the autumn wind.

Phantom of the Opera

Nightwish performs their version of Phantom of the Opera live and it is awesome. Enjoy and happy Friday.
Posted by T. T. Douglas at 5:01 AM No comments:

And we all know what that means. Time for another MOTW, Manager of the Week. This week's offering is never wrong and thus looks elsewhere to explain what went amiss.
Posted by T. T. Douglas at 6:00 AM No comments:

The antithesis of Solution Manager and Over-Praising Manager. Intensely dislikes Pollyanna Manager. Blame Manager needs a scapegoat for everything that happens in the office. Failure to designate a particular scapegoat leads to assigning communal blame to the entire staff.
Posted by T. T. Douglas at 5:59 AM No comments: 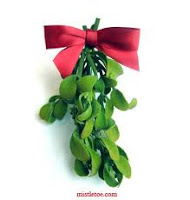 I normally do not post on Sundays, but today is an exception. Merry Christmas to all and here is wishing you and yours only good things in 2012 and beyond.
Posted by T. T. Douglas at 5:11 AM No comments:

Gleaning the rice field-
they work toward
the sunny places.

Hooverphonic performs Mad About You live.This is a wonderful performance. Enjoy and happy Friday.
Posted by T. T. Douglas at 5:02 AM No comments:

Don't let Kim Jong Il's passing stop the propaganda insults from coming. Visit this site to get your North Korean propaganda insult fix for the day. You won't be disappointed.
Posted by T. T. Douglas at 5:11 AM No comments:

SAAB is done. It is sad to see the company that made cars "born from jets" go. I have written about my affinity for the brand on several occasions on this blog here, here and here, having owned two of them previously. The cars had character and ran great for me. What a pity.
Posted by T. T. Douglas at 9:36 AM No comments:

And we all know what that means. Time for another MOTW, Manager of the Week. Since "tis the season to be jolly" (sic) we thought it was appropriate to revisit this next manager.
Posted by T. T. Douglas at 6:00 AM No comments:

Poor, ill-equipped Jolly Manager. With his/her rotund physique and elfin visage, Jolly Manager was raised in a small landlocked town, learning only a rudimentary dog paddle as a child. This leaves Jolly Manager with a woefully inadequate skill set when the time comes to swim with the sharks, who are carnivorous, always much better swimmers and thoroughly merciless. Although cheerful, Jolly Manager walks around with the equivalent of a “kick me “ sign on the back of his/her ill-fitting shirt/blouse without ever knowing it is there and routinely gets pummeled by more self-aggrandizing co-workers.
Posted by T. T. Douglas at 5:59 AM No comments:

First winter rain-
even the monkey
seems to want a raincoat.

Owner Stephen Ross has fired Tony Sparano as head coach of the Miami Dolphins. This does not come as a surprise, but as the article states Ross did help to create the mess as did G.M. Jeff Ireland whom Ross did not fire. Starting 0-7 this season did not help Sparano at all and although the Dolphins seemed to be playing hard for him and had won 4 of their last 6, games, it wasn't enough to save Sparano's job. As mentioned before on this blog back in October, Sparano has had his house on the market for a while now so one gets the feeling it was no surprise to him either. The question now is who gets the job and how soon can they get this franchise back to winning consistently?
Posted by T. T. Douglas at 11:43 AM No comments:

And we all know what that means. Time for another MOTW, Manager of the Week. This next manager has graced the pages of this blog once before, but the Night Canopy feels so bad for his/her shortcoming that we felt the need to once again bring it to light.
Posted by T. T. Douglas at 6:00 AM No comments:

Extremely competent, a good person and with above average skills, this manager is the antithesis of Smooth Talking Manager. Deer in Headlights Manager’s downfall is the inability to articulate a viable sentence when innocuously questioned by Senior Management. Any innocent starter query such as, “How is it going?” by a Senior Vice President is enough to send Deer in Headlights Manager into a catatonic state, from which he/she emerges (after a long, painfully drawn out silence) sputtering inanities which even a pre-kindergarten child would describe as nonsensical. Finally, after a laborious tongue-tied engagement, Deer in Headlights Manager mutters a corporate platitude, but it is much too late. The Senior Manager has already mentally labeled Deer in Headlights Manager as a loser, a difficult to shed moniker which will ultimately lead to said manager working inside the company’s walk-in vault, never interacting with anyone other than the cleaning staff and an occasional bean counter.
Posted by T. T. Douglas at 5:59 AM No comments:

A gust of wind
whitens
the water birds.


From the man who wrote Cocaine, After Midnight and Call me the Breeze, here is a live version from J.J. Cale and his band performing Mama Don't. What a great song. If there is a better way to introduce your band I don't know what it is. He is the quintessential, laid back musician. Enjoy and happy Friday.
Posted by T. T. Douglas at 5:32 AM No comments:

I have traveled quite a bit in the past and still do these days, so I have spent countless hours in airports, good ones and bad ones. Airports are interesting, dynamic places. A good one allows for a comfortable and exciting traveling experience while a bad one can make a trip (at least that portion of it) seem difficult or even excruciating at times.
In the interest of not upsetting anyone I will not name my least or most favorite airports, but I will say that I have been in the one featured in this article and it is very, very good. The article says that it can arguably be construed as the world's best. I don't know if it is, but I will say that I have not been in a better one yet, although Hong Kong's is pretty darn good as well.
Posted by T. T. Douglas at 9:46 AM No comments:

I am one of the 10 percent of the population that is left-handed. According to this WSJ article there are several risks to having your left hand be your dominant one. The article also talks about the condition of mixed-handedness, of which I also have some attributes. One interesting note that the article posits is that "one reason that not more is known about lefties is that many studies of how the brain works prohibit left-handers from participating because their brain wiring is known to be different." Well, that certainly is a bit unfortunate and not entirely helpful. Anyway, the article is interesting for us who have the good fortune to be lefties.
Posted by T. T. Douglas at 9:39 AM No comments:

And we all know what that means. Time for another MOTW, Manager of the Week. We have all been subjected to someone's sardonic wit at some point in our lives. The problem becomes when you cannot escape it since this person is your manager.
Posted by T. T. Douglas at 6:00 AM 1 comment:

This manager makes snide comments about anything and everything to do with the company he/she works for. Nothing is safe from this manager’s acerbic wit, including the company’s services, products, investments, vendors, social programs, etc. Even the manager’s direct staff is fodder for his/her caustic repartee, more often than not leaving them demeaned and demoralized. Sarcastic Manager’s comeuppance only arrives on those rare occasions when he/she runs into someone more senior and even more sarcastic than he/she is. Sarcastic Manager’s staff live for the day when this turn of events occurs.
Posted by T. T. Douglas at 5:59 AM No comments:

Crossing the autumn moor-
I keep hearing
someone behind me!

Bring me to life


Evanescence performs Bring me to life live in Las Vegas. This tune rocks and Amy Lee is phenomenal. Enjoy and happy Friday. Oh, and for a double dose of enjoyment, here is the acoustic version.

This morning on the way to dropping my kids off at school my 7 year old asked me, "Daddy, which animals are on the endangered species list?"

After I had mentioned a few that I knew of I explained to him that there were many more, and that perhaps if he wanted to we could look them up tonight. As I was reading through some news yesterday I came across this opinion piece which made me think of one more to add to the endangered species list, the honorable CEO.
Posted by T. T. Douglas at 8:21 AM No comments:

It's not disc golf, but it includes a flying disc, a bridge, a speedboat and an awesome catch. Take a peek.